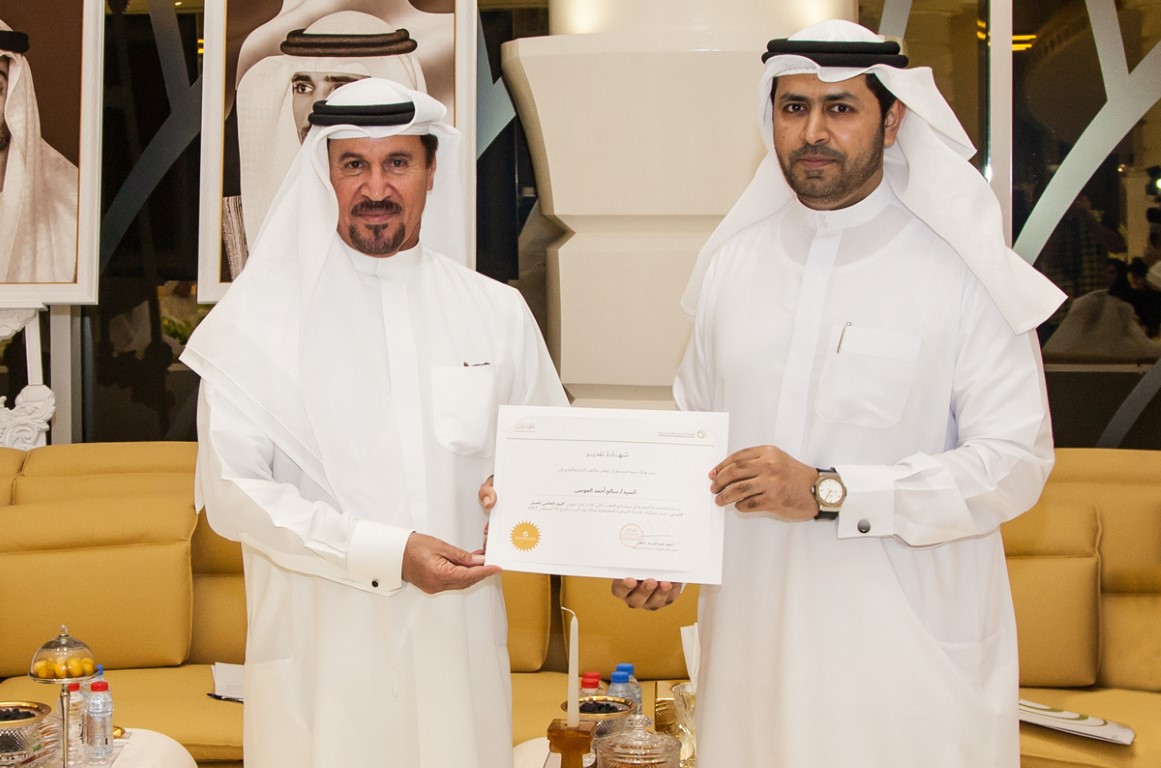 August 19, 2017 By Salem Ahmed Almoosa Enterprises No comments yet

The Dubai Community Development Authority (CDA) organized a special panel discussion to mark World Humanitarian Day at the Majlis of HE Salem Ahmed Al-Moosa in Dubai, which was attended by representatives of the government and private sector.

The event under the Community Agenda initiative aimed to discuss the activation of initiatives that strengthen community cohesion, enhance the UAE’s humanitarian work through the participation of all stakeholders of the society, and honour the UAE Martyrs for their noble sacrifice in promoting humanitarian action.

The session discussed humanitarian activities from an Islamic perspective as well as the pioneering role of the nation, underlined by the ‘Year of Zayed’ celebrations in 2018, declared by UAE President His Highness Sheikh Khalifa bin Zayed Al Nahyan, to honour the legacy of the country’s founding father, the late Sheikh Zayed bin Sultan Al Nahyan on his 100th birthday. The session paid tribute to the sacrifices of the Emirati heroes for their humanitarian work and the role of various entities in driving philanthropic work and promote sustainable development.

Abdulla Al Shehhi, Head of Operations Support at Dubai Cares, praised the UAE’s positive message of volunteerism and humanitarian work worldwide, while Mohammad Sulaiman Al Balushi, Director of the Department of Zakat Beneficiaries, spoke about the role of individuals, companies and institutions in humanitarian work.

Saeed Mubarak Al Mazroui, Deputy General-Manager of Beit Al Khair, explained the vision behind ‘Year of Zayed,’ and its impact on further strengthening humanitarian work, and about the culture of volunteerism that is taking strong roots in the nation. Hisham Ahmed Al-Zahrani, Deputy Director of Social Service Sector at Dar Al-Bar, discussed the value of 2017 as the Year of Giving.

Saeed Ahmad Al Tayer, CEO – Social Planning and Development Sector and Acting Director-General at CDA, said: “Under the guidance of His Highness Sheikh Mohammed bin Rashid Al Maktoum, Vice President and Prime Minister of the UAE and Ruler of Dubai, the Community Development Authority seeks to make a positive impact on the society by empowering people and identifying the necessary initiatives to activate the positive role of each member of society – in terms of capacity and competence. This is part of the framework of an integrated system to driving our nation’s sustainable development.”

He added: “Through these sessions we want to improve community cohesion and encourage a culture of volunteerism to find ways to activate the frameworks of social communication between all segments of society. Active dialogue and constructive brainstorming is imperative to driving a comprehensive inclusive environment, encompassing the various sectors of society which produces solutions outputs of the most important contemporary challenges. “

H.E. Salem AlMoosa, Chairman and General Manager of Salem Ahmad AlMoosa Enterprises (SAAE), said: “We are pleased to host this year’s edition of ‘World Humanitarian Day’ (WHD) held under the theme ‘The Community Outreach Agenda’ under the umbrella of the Community Development Authority.”

He praised the pivotal role played by the Authority in strengthen the reputation of Dubai as an inspirational model for upholding the welfare of the community. He said: “It is our honor to host the interactive session with the Community Development Authority as it provides an important platform for highlighting several issues related to humanitarian action.

“This is in line with our country’s commitment to promote for humanitarian excellence inspired by the wise leadership of our President His Highness Sheikh Khalifa Bin Zayed Al Nahyan, and the spiritual influence of our Founding Father, the late Sheikh Zayed bin Sultan Al Nahyan, admired by the world for exemplifying the best in humanitarian action. He laid out solid foundations for a caring approach, observing that ‘to contribute to charity and humanitarian work in the nation is everyone’s responsibility and must be met as much as one can.’”

H.E. Al Moosa concluded: “The intellect is one of the pillars that the UAE is built on. It makes us all work as civil society institutions towards sustaining the significant gains we have made over the last four decades. We have taken it as our responsibility to intensify joint efforts between the public and private sector to meet our social, humanitarian and national obligations by developing new insights and supporting quality initiatives that serve as beacons for the UAE to follow. At Salem Ahmad AlMoosa Enterprises, we renew our commitment to support this approach, which forms an integral part of the national model based on tolerance and respect.”

Hana Bakkar Al Harthi, Director of the Social Cohesion Department at CDA, said: “The community awareness agenda is a platform for activating the culture of constructive brainstorming and benefiting from individual inputs in finding a methodology that allows all segments of society to participate in the social construction process. It aims to propose initiatives and frameworks based on the promotion of a culture of volunteerism and humanitarian work, and to harness and mobilise energies to activate existing initiatives and give them the necessary impetus.”

The Community Agenda Initiative, which was launched last month, hosts sessions that discuss different social issues with the participation of officials representing various local and federal government bodies as well as a intellectuals and members of the community to come up with recommendations to the stakeholders and decision makers.