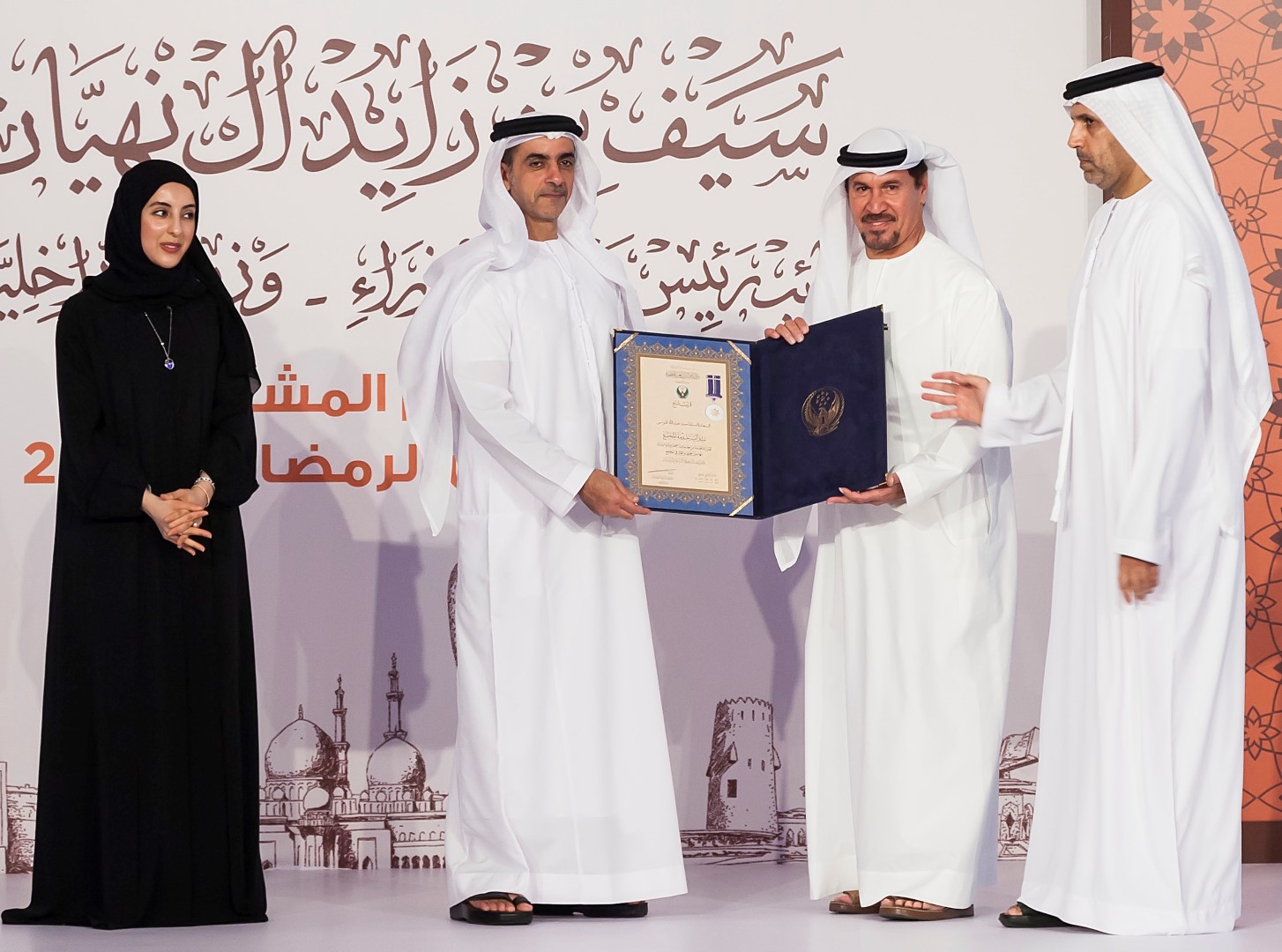 June 21, 2017 By Salem Ahmed Almoosa Enterprises No comments yet

H.H. Sheikh Saif bin Zayed, bin Sultan Al Nahyan, Deputy Prime Minister and Minister of Interior, has awarded H.E. Salem Almoosa, Chairman and General Manager of Salem Ahmad Almoosa Enterprises (SAAE) with the ‘Community Service’ medal in recognition of his contribution in creating a positive impact in the community. The award was given following his recent hosting of a Majlis session in partnership with the Ministry of Interior. The Majlis session discussed tolerance and the importance of strengthening cultural interaction among various culture as part of a series of Ramadan sessions under the theme ‘Generations Resume Civilization’.

H.E. Almoosa said: “It is part of the corporate DNA of the Salem Ahmad Almoosa Enterprises to support initiatives that promote cooperation among various cultures in the country and we are always keen to play our role in helping the country consolidate its leadership as a unique model of tolerance and openness. This award is humbly received as part of our duty as citizens to serve the community in every possible way. We offer this medal as a salute to the efforts of our founding fathers and our wise leaders who have paved the way to make this nation a great one and a leader in serving humanity, the society and the global community.”