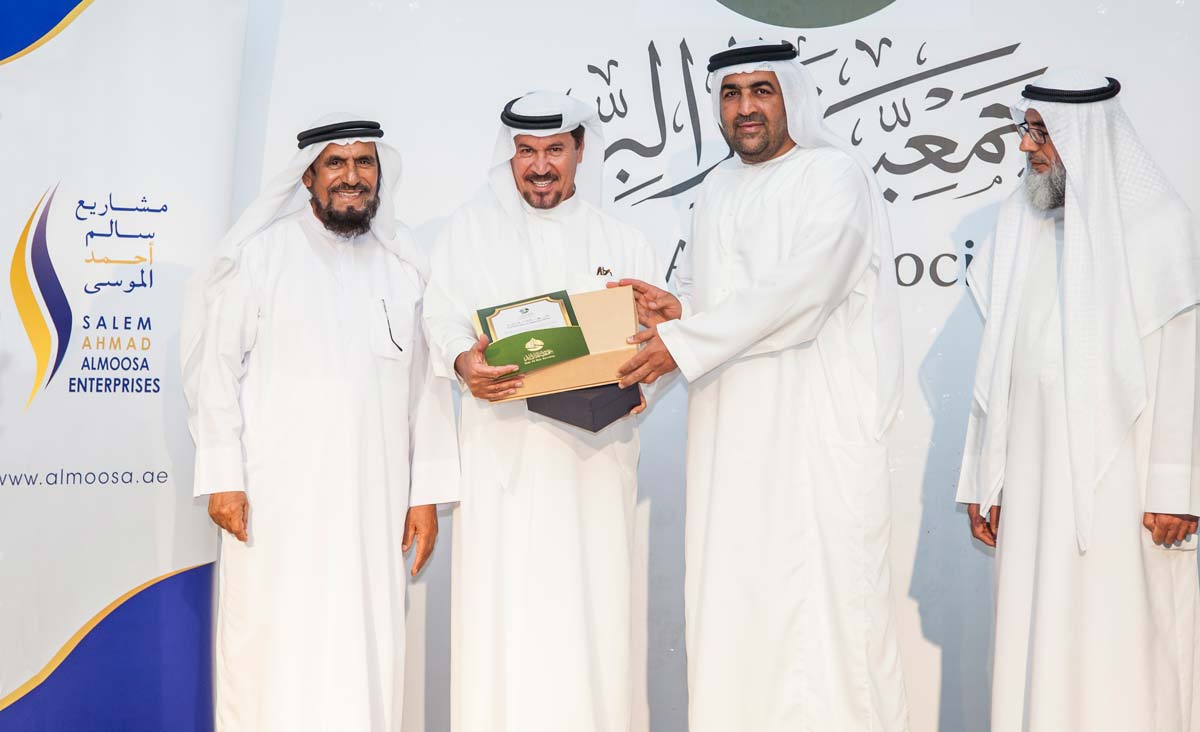 May 11, 2017 By Salem Ahmed Almoosa Enterprises No comments yet

Salem Ahmad Almoosa Enterprises (SAAE), one of the UAE’s most prominent business conglomerates, has announced its participation as the Gold Sponsor of the 2017 edition of the Dar Al Ber Quran Memorization Project held today (May 10, 2017) at the Headquarters of Dar Al Ber Society in Dubai. This sponsorship comes as part of the company’s continuing commitment towards supporting national initiatives and efforts that are aimed at strengthening religious and ethical culture among the UAE youth–also falling in line with the ‘Year of Giving’ initiative and the directives of the country’s wise leadership to develop an integrated and unified community that adheres to Islamic values and principles.

On its ninth year, the event honored the exceptional young students who have achieved outstanding results in the annual exam. For this year’s competition, 74 memorizers bested out the 270 participants at the Ahmed Bin Abdullah Almoosa Center for Quran Memorization and the Jumeirah Quran Memorization Center –both facilities are part of the Dar Al Ber Project for Boys, which has been dubbed as one of the leading Quran Memorization initiatives in the UAE. In fact, the project has been awarded Gold Category distinction from the Islamic Affairs and Charitable Activities in Dubai (IACAD).

H.E. Salem Ahmad Almoosa, Chairman and General Manager of Salem Ahmad Almoosa Enterprises, said, “Inspired by His Highness Sheikh Khalifa Bin Zayed Al Nahyan, President of the UAE, who once said that ‘the first message from the heavens to earth will always be “read”, the 9th Annual Ceremony of the Dar Al Ber Project is a true testimony of the high awareness placed by the local UAE community in religion and education, thereby reinforcing Islam as the cornerstone of key progress and development. The continuously increasing participation of students in the Dar Al Ber Project reflects how committed our youngsters are to the principles of Islam, which is a solid foundation for self-development.”

“SAAE continues to enjoy a strong relationship with The Dar Al Ber Project —having been one of the first supporters and contributors to the project. Our continuing participation is part of our common endeavor to reinforce the culture of Islam and the Quran, especially the moral teachings and the social values. Through our participation, we reaffirm our commitment to religious and social responsibilities and support the various initiatives and activities,” concluded Almoosa.

The SAAE is widely recognized as one of the country’s leading business groups–with business interests covering real estate development, contracting, travel & tourism, international cargo and logistics, transportation and heavy plants hire, manufacturing of reinforced plastic, concrete, gypsum & fibrous gypsum, supply & application of special exterior coatings, oil protection, general trading, distribution of electrical appliances, marketing & advertising, oil & gas related services and management training, to name a few. Founded in the early 70’s by its Chairman, H.E. Salem Ahmad Almoosa, the company has managed to draw its success from the implementation of competitive management, planning and policies; maintaining a core of highly skilled and talented workforce and the high level of confidence and trust placed in them.