H.E. Salem Almoosa receives a Certificate of Honorary Membership from the Architectural Heritage Society of UAE 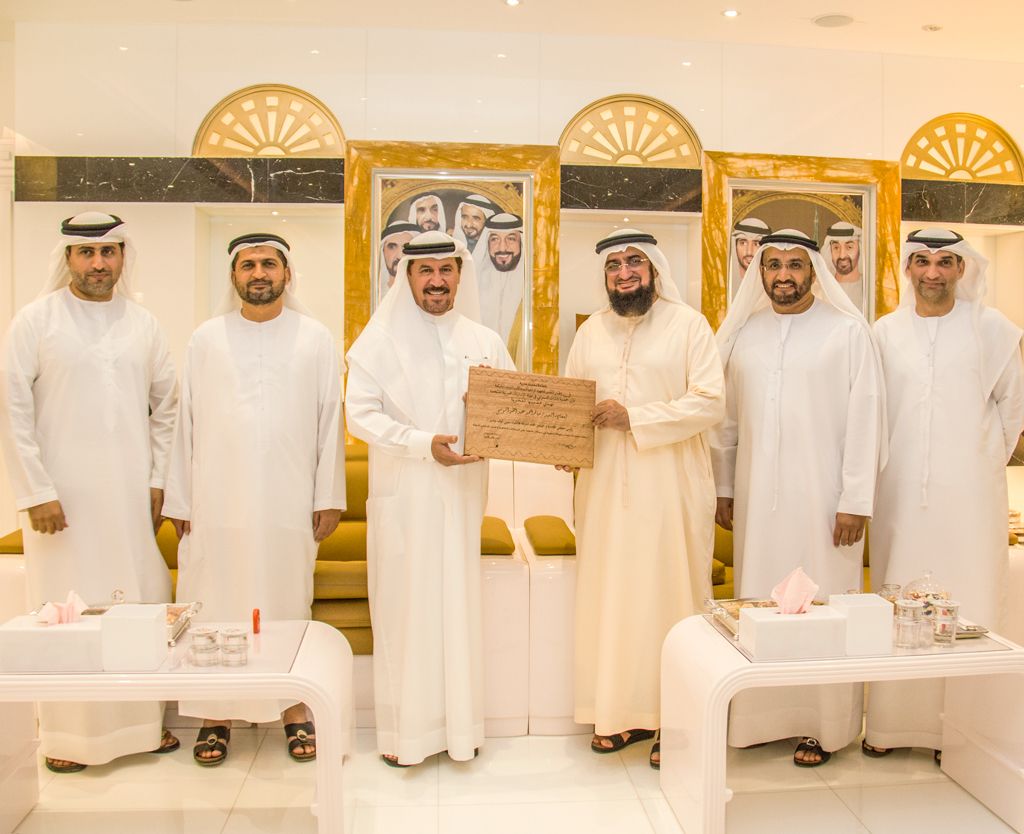 The Architectural Heritage Society of UAE presented its Honorary Membership to H.E. Salem Ahmad Almoosa, Chairman and General Manager of Falconcity, in recognition of his continuous support and outstanding efforts in preserving the cultural heritage of the United Arab Emirates. H.E. Salem Almoosa is always at the frontline when it comes to contributing to the development and growth of UAE and supporting the preservation of the country’s heritage, as he believes it is each individual’s duty to protect the local heritage.

“I am honored to have received this honorary membership and will continue to support in heritage conservations, which will go a long way in serving the Emirati youth,” said Chairman and General Manager H.E. Salem Almoosa as he received the certificate. “I am glad to have been part of this effort as protecting our cultural heritage is the duty of each individual.”

The certificate was handed to H.E. Salem Almoosa by H.E. Eng. Rashad Bukhash, Chairman of the Architectural Heritage Society of UAE, on June 28th, along with the latest issues of their heritage books, thus increasing the number of Honorary Members to 26 including; Prince Charles, the Prince of Wales and heir apparent of Queen Elizabeth II (UK), and H.E. Sheikh Hamdan Bin Mubarak Al Nahyan, Minister of Higher Education and Scientific Research (UAE).